PARIS (AFP) - It may be the longest hangover in the history of binge beer drinking. When a 37-year old man walked into a hospital emergency room in Glasgow, Scotland last October complaining of "wavy" vision and a non-stop headache that had lasted four weeks, doctors were at first stumped, the British journal The Lancet reported Friday.

The unnamed patient "had no history of head injury or loss of consciousness; his past medical record was unremarkable, and he was taking no medications," Zia Carrim and two other physicians from Southern General Hospital said in a case report.

Body temperature and blood pressure were both normal, and a neurological exam scanned negative.

That is when the man revealed he had consumed some 60 pints -- roughly 35 litres -- of beer over a four day period, following a domestic crisis.

Severe dehydration caused the alcohol, the doctors guessed, had led to a rare condition called cerebral venous sinus thrombosis (CVST). A scan of the brain's blood vessels confirmed the diagnosis.

CVST -- which can cause seizures, impaired consciousness, loss of vision and neurological damage -- strikes three or four people per million, mainly children, every year in Britain. The cause is generally unknown.

It took more than six months of long-term blood-thinning treatment to restore the man's normal vision -- and to get rid of the headache, the doctors reported.
Top 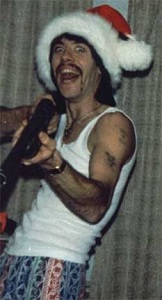 Lightweight.
drink your fucking drink, Drunkards answer to no one

sounds like when I first got separated from my ex...but I drank a lot more than that...
Top 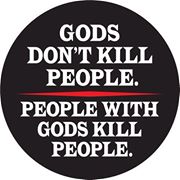 Oggar and I thought this was Palinka until there was the bit about no history of head injuries or loss of consciousness.
"You people terrify me. You're like some sort of Unholy Trinity of drunken viking maniacs." - Nil

Professor Roomie wrote:Oggar and I thought this was Palinka until there was the bit about no history of head injuries or loss of consciousness.

Hell, when I saw "60 pints in 4 days" in the same sentence as "hangover", I knew it couldn't be the Good Doctor. Not to mention no mention of Hazi-Palinka.
drink your fucking drink, Drunkards answer to no one

Professor Roomie wrote:Oggar and I thought this was Palinka until there was the bit about no history of head injuries or loss of consciousness.

Concur, however, it was the lack of mention of the Brutal Hammer which gave it away for me.

I found this in my local online news and was going to post it... but then I got drunk and distracted, which I seem to remember was the point anyway. Cheers, all! ;)
from now on everyone on this board is on DST, or Drunkard Standard Time. - Tesko
Politics is just politics, drunkenness is life itself - Sgt. HSA

Ghost Cars On The Freeway
Top

That's 15 pints per day for 4 days.. And it was probably Guiness as well.. Amen to that light-weight comment..

Yeah the 60 pints bit seemed impressive until I got to the four day period part.
"I wasn't driving drunk, I was just over the limit." --Tracy Morgan
Top

Chimneyfish wrote:Yeah the 60 pints bit seemed impressive until I got to the four day period part.

I saw about 50 people drink more than that 3 nights in a row last weekend. And then go to BMMS or Rowdy's room and drink more.
drink your fucking drink, Drunkards answer to no one