Rye whisky, rye whisky,
I heard the men cry,
If I can't have rye whisky,
I'll lay down and die.
"Man i once bought $101 worth of insect candy because it was free shipping on orders over 100 bucks." -- ThirstyDrunk 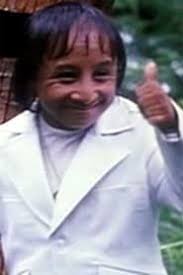 The Bourbons/Ryes you mentioned Casino, are just a few of the studs that the Buffalo Trace Distillery have in their stables. In my opinion, Trace is putting out some of best American Whiskeys that are available, period.


P.S. Don't forget about Pikesville Supreme Rye Whiskey. $12-$13 for a liter ain't be that bad. It's pretty tasty for the price as well.
The man who intoxicates himself on bad whisky is sometimes moved to kill his wife and set his house on fire, but the victim of applejack is capable of blowing up a whole town with dynamite and of reciting original poetry to every surviving inhabitant.
Top

Badfellow wrote:Canada has, as of more recently, been knocking out some very respectable rye whiskey. True that.

Unfortunately, there is no law in Canada dictating rye content in a whiskey labeled as rye (in the US it must be no less than 51%). Hence, the Canadian rye scene is still rather hit and miss, left as you are to the whims of the given distiller and how they chose to formulate their mash, blend and age their booze, etc.

I have yet to explore some of the fine Canadian prairie ryes that are starting to emerge.

That is true about the rye-content regulations. However, that's an apples and oranges comparison.

Rye whisky has always been the predominant type of whisk(e)y distilled in Canada and hasn't been "hit-or-miss" for almost two centuries. There's good ones and bad ones; just like any other distilled spirit. And no matter the exact rye content, the Canadians base their whiskies on the flavor characteristics of rye mash, and they've got the blending process down after many years. And the majority of rye whisky sold in America comes from Canada.

There's always been rye whiskey distilled in America, but it has never been much more than regionally popular -- typically Northeast. When I was a teenager (1965-72), for a nationally-marketed rye, there was Old Overholt and that was about it. "Premium" American rye is a fairly recent phenomena. I've only sampled a few (the Beam and the Turkey) but there's little comparison to the Canadian whiskies -- IF smoothness and a complex flavor is what you're looking for.

Speaking for myself, American rye, even aged beyond the 2yr legal requirement, seems to tastes rough, bitter and one-dimensional, IMHO. If I want something with BOTH some bite, but also with a smooth and complex flavor, I'll just stick to Kentucky bourbon or young Islay single malts.
"Man i once bought $101 worth of insect candy because it was free shipping on orders over 100 bucks." -- ThirstyDrunk

Respectfully, that is not so. During the 19th century, many astute drinkers of whiskey preferred the more refined Eastern rye whiskeys to those more coarse whiskeys of the frontier. Maryland and Pennsylvania were quite famous for their luxurious blends.
ພາສາລາວNONE GENUINE WITHOUT MY SIGNATUREພາສາລາວ
Top

I think I also have to disagree with you peetie, the Canadans call it rye because historically it was made mostly from rye, now only a handful do that. Many of their whiskies contain NO RYE WHATSOEVER. Now I haven't had the Wiser's (which I believe IS one of the few with a majority rye mash) but north of the border they have such a grab-bag of different methods and mashes that one never knows what they're getting... and yet it's generically 'rye'. That's like those places where all colas are 'coke'. Hell, the only rule they have about cooperage is the size.
Be safe everyone.
Top

I agree with you (and badfellow) about the uncertainties of the rye content of some Canadian rye whiskies. It IS confusing (and can be construed as misleading). However, most of the Seagram's products, for instance, have an obvious-to-the-taste rye-content. However, the best rule of thumb for Canadian whisky is, if it says "rye" on the label, that's the prime ingredient.

Of the very high rye-content Canadians that I'm familiar with, I believe(?) Alberta Springs (100% rye) has been in business since the mid-1940s and Wiser's was established in 1857. Contrast that to the "me too", designer ryes that have cropped up in the States recently. Alberta's 5yr-old (@$15x750ml) holds up against any U.S.-distilled rye that would sell for twice it's price. Their 10yo and 25yo are some of the smoothest whiskies of ANY type in the world -- as is the Wiser's 18yo. And none of these will set you back an arm and a leg.

If you're using rye in mixed drinks (which is the latest "new thing"), you really can't tell much difference; though I would suppose the American rye might cut through the mix a little better. But if you drink your rye whisk(e)y straight, there's no comparison, IMHO.

BTW...has anyone tried the Pappy Van Winkle 13yr-old?
"Man i once bought $101 worth of insect candy because it was free shipping on orders over 100 bucks." -- ThirstyDrunk

I drank rye and ginger(ale) for years until I had to convert to rum and coke.

A great, great mixed drink it is. As for being a rye snob, my rye of choice used to be Golden Wedding. HA!
The cabin sits shut-down, cold-frozen and empty, dead mice in the traps, waiting for me to drink alone there in the dark.
--Smatter
Top

The Thomas Handy and the other Sazerac Badfellow brought down on one of his trips was some of the best alcohol 've ever had, of any variety. I need to go on a spirits journey to find some of that stuff again.
I can't write like Papa, you know I just ain't able
But if he came in here tonight, I'd drink him under the table -Ronny Elliott 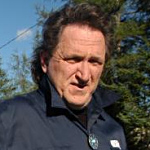 Shit. I need to get some of that Sazerac. Its available in some of the better packies here in MA. So is Buffalo Trace for $40 a bottle! (That stuff was $20 in Louisville.) I still need to try the Turkey rye....
"The Edge... there is no honest way to explain it because the only people who really know where it is are the ones who have gone over. "
-Hunter S. Thompson

Oh, and as a side note, the packy across the street from me in Somerville had fifths of Jim Beam Black on sale for 10 bucks a pop. I bought three. Drank one in one night, along with a bunch of vodka and beer and got epically blacked out. My girlfriend said it was funny, scary and pathetic all at once, which is how a good blackout should be.
"The Edge... there is no honest way to explain it because the only people who really know where it is are the ones who have gone over. "
-Hunter S. Thompson

rye whisky, rye whisky
I like you pretty well
you've killed off all my family
and sent them all to hell.

I've been gone for a few weeks but it's good to see Peetie defending our native spirit. Yes our rye does not have to be 100 percent rye, we just call it that. However most american rye isn't aged long enough to be called rye (3 years) in Canada, whereas a mixture of corn and rye could be. Fuck it, all I know is when you order a rye and coke, rye and water or a rye and ginger in the states the bartenders look at you like you are fucked in the head. In Cuba however, they know what to pour.
Top

Also I am knocking down wisers rye whisky while reading this.
Top

There's a reason there was a Whiskey Rebellion--Rye drove a significant portion of Pennsylvannia's burgeoning enconomy. MD still makes Pikesville, which is quite tasty even if it isn't a strong as the Revoluntionary-era stuff.
Top

We currently have the Pappy Van Winkle 20 year Family Reserve at my bar. Best bourbon I've had, bar none. Haven't had the 13 year though.

Back on topic, we have Buffalo Trace at the bar and I love that stuff, but that's not rye is it? I've had Sazerac and Beam Rye and I just wasn't a fan of them. I mean they were definitely good, but I would take a good corn bourbon over a rye, at least of the ones that I've tried.
Bourbon is my blood.

I've been drinking Bourbon for about 8 years, nearly exclusively, and rye is an interesting new development for me. An exciting new world to explore. Plus it tastes frickin delicious.
"The Edge... there is no honest way to explain it because the only people who really know where it is are the ones who have gone over. "
-Hunter S. Thompson