A bottle of Whiskey for 35 cents?

The future just got a lot brighter.
Top

Spare me a dime?

I think they would face much more difficulty producing sparkling stuff like beer.
My account got hacked by Buzzawbirdy

I like where this is headed. Bring on the future.
Now you're ready for some anti-dry-otics!-BeerMakesMeSmarter

Ethananol = synthahol
To be fair, I'm drunker than you.
Top 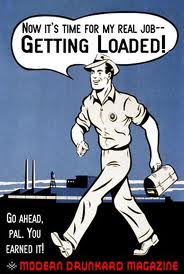 We'be had something like this "whiskey machine" a few centuries now. It's called a still.
May you all be hung, drawn and quartered!
Yes, HUNG - with gold and jewels,
DRAWN - in a coach and four,
and QUARTERED - in the finest homes in the land.
Top

Synthehol bitches ain't got shit on my Aldebaran whiskey.
ພາສາລາວNONE GENUINE WITHOUT MY SIGNATUREພາສາລາວ
Top
Post Reply
8 posts • Page 1 of 1