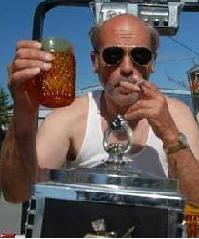 I know I'm not the only one out there who fires up some video game after a long night of drinking (or during!). We've had a thread about movies to get drunk to which was fantastic, now lets see what gamers are playing when loaded.

My vote goes for Call of Duty 4, I seem to be a horrific killer when drunk, when I'm undrunk I just seem to do ok.
Every once in a while a good solid oldie is best. X-com!!!

I played through f3ar with a friend on PS3 last afternoon, insaninity was teh difficulty if I recall right. I did shots of Sailor Jerry and drank a sixter of beer while at it.
Top

Since I was too young to do it first time around, I'm now hooked on GoldenEye and Mario Kart multiplayers while drunk.
Top

i just recently played through duke nukem forever while gloriously loaded. when i don't have anything new to play, i usually go back fallout new vegas. i've got hundreds of hours in that game. can't wait for the 11th, it'll be great to finally get my hands on elder scrolls skyrim. i've been lookin forward to the next elder scrolls game for years.
into each life a little stroh's must fall - surreal

Anyone who can play some goddam, punk-ass video game while drinking AIN'T drinking enough!

Now...get off my lawn, you whippersnappers!
"Man i once bought $101 worth of insect candy because it was free shipping on orders over 100 bucks." -- ThirstyDrunk

Games I like while drunk: Civilization, my old Dukes of Hazzard video game (but I'm not as good drunk as undrunk, so I can't get super into it while drunk), and Karaoke Revolution
Top 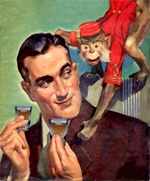 hossthomas wrote:iit'll be great to finally get my hands on elder scrolls skyrim. i've been lookin forward to the next elder scrolls game for years.

Shane's Dentist wrote:Since I was too young to do it first time around, I'm now hooked on GoldenEye and Mario Kart multiplayers while drunk.

That pretty much sums up my high school days. That and gettin' drunk & high.
Top 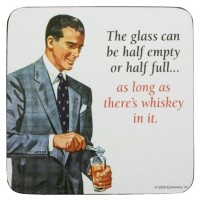 When the wife is asleep or just at work late, I like a few beers and whatever my latest purchase is, lately Gears of War 3.

If I've got the house completely to myself for 24 hours or more, I'll fire up GTA IV or similar open world deal that I can explore while taking down a bottle of bourbon. Once my play starts suffering, I'll switch to a movie or TV. Something more passive.

And the only multiplayer I attempt while drunk is Guitar Hero or Rock Band.
• "Avoiding the darker alcohols like bourbon, red wine and dark rum might lessen [a hangover] and you might also dance better if you wear a tutu instead of trousers." - FKR

I used to play a lot of Rome:Total War while drinking wine and wearing a bedsheet like a toga. I found it made for some interesting tactical decisions which I probably wouldn't have made if undrunk and/or wearing pants.

I'll generally enjoy a few beers when playing most games, but probably not first person shooters which need a bit more in the way of hand-eye-coordination. I find strategy and role playing titles are more conducive to some drunkening. I'm also waiting patiently for Skyrim, and expect to get through a fair bit of mead whilst playing that...
Let us have wine and women, mirth and laughter,
Sermons and soda water the day after.

www.drunchblog.com <- it's full of pictures of epic breakfasts made by me and my friends. That's about it.
Top

Starcraft2. I'm good at producing marines fast.
When younger I've been through Pirates of the Monkey Island 2 in a day.
That is all I have to say.
No,

Wait...
I've beaten Chaos Strikes Back with all my characters trained up to Archmaster. Including the ninja competency, yes.
"I never want to go to bed if there are still beers in the fridge, but then I am always hopeful that there are beers left in there when I wake up.". Thirstydrunk.

I recently played SC2 for a good 2 hours after pub with some vodka with me(couldn't catch me some sleep). Suprisingly I managed to win 5 out of 7 games. I don't even recall 2 last games.
Top

Whenever I get into a FPS WWII game, I like to borrow my buddy's war helmet. I turn out all the lights, turn the volume up to 11, and get down with that shit.
Top

Anyone want to play Heroes of Might and Magic III with me?
Top

What is this "video game" you speak of?
The cabin sits shut-down, cold-frozen and empty, dead mice in the traps, waiting for me to drink alone there in the dark.
--Smatter
Top
Post Reply
60 posts