This recipe is one that we found at Boyer's after the Apple Harvest Festival this year.

2 bottles of spiced apple wine
1 bottle of crab apple hard cider or any tart hard cider
2 cups of fresh cider
4 oz of Salted Caramel syrup(SC vodka or SC brandy can be used to punch it up.
3 fresh apples sliced

Stir together and lets sit for 24 hours.
Serve.
This will also be served along with the traditional Hot Buttered Rum for Trick or Treat again this year.

This sounds great. Looks like a cool place.
"Something's got to be done. We can't go on like this.
I must have some booze".

Chef Robert Irvine recipe. It sounds pretty cinnamony like something you make for the ladies on Badfellow's bearskin rug in front of the fireplace. But...I'd give it a try...roofie in it or not. Punkin Punch 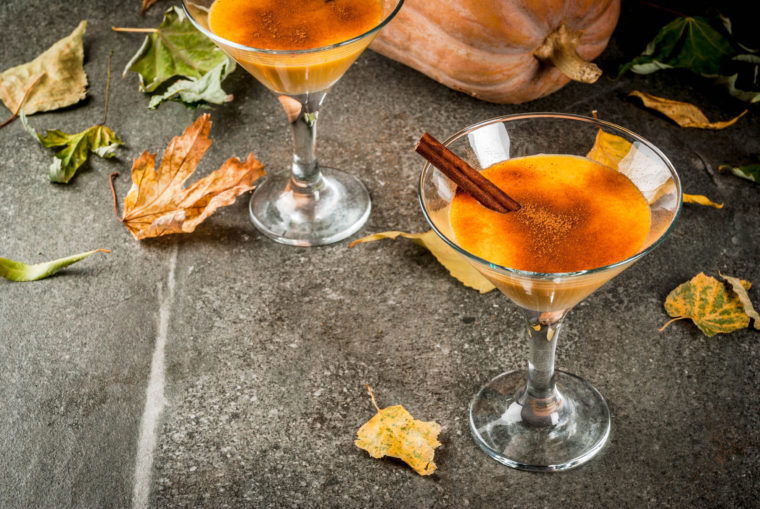 Place the raw pumpkin simple syrup over light heat for about fifteen minutes stirring occasionally. Remove from heat and allow the syrup to cool before using. (Optional: strain puree out for thinner texture and less pumpkin, more spice flavor.)
"Something's got to be done. We can't go on like this.
I must have some booze".

Scandalous wench!
Oh God, my grandmother would kill me.
Top

Thanks! I work hard at it!
"Something's got to be done. We can't go on like this.
I must have some booze". 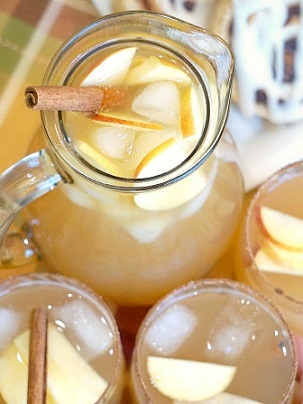 Any of these beauties to add:
Rye Whiskey
Rum
Beer, a blonde version is good
Tequila
Scotch
Sparkling Wine

Serve chilled or on ice, whatever the preference.
"Something's got to be done. We can't go on like this.
I must have some booze". 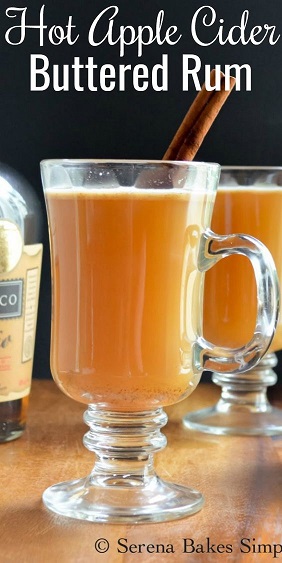 INSTRUCTIONS:
Buttered Rum Batter
Cream together butter, cinnamon, nutmeg, allspice, sea salt, and vanilla, until well combined.
Add brown sugar, and honey. Mix well. Store batter in an airtight container in the refrigerator, until ready to use.
Hot Apple Cider Buttered Rum
Place 2 teaspoons of Buttered Rum Mix in a mug, add 1 shot of Rum, and fill with hot apple cider. Garnish with a cinnamon stick, and serve.
"Something's got to be done. We can't go on like this.
I must have some booze". 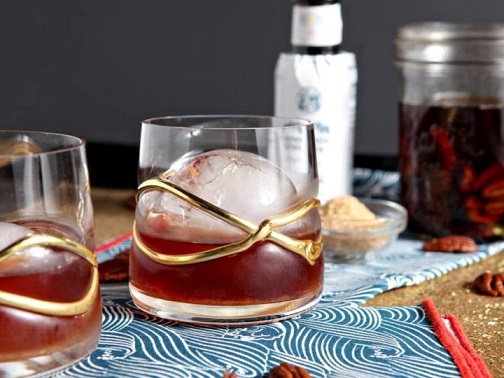 Instructions
Make The Toasted Pecan Whiskey
Preheat the oven to 400°F.
Place the pecans on a baking sheet. Transfer to the preheated oven.
Toast the pecans for 10-15 minutes or until browned and fragrant. (Keep an eye on them, as you could potentially burn them if not paying attention!)
Remove from the oven, and let cool to room temperature.
Transfer the cooled pecans to a mason jar, and pour the whiskey on top of them.
Let the whiskey infuse for 3-4 days. (Don't go any longer than 4 days, as the pecans could dry the whiskey out.)
Make The Toasted Pecan Old Fashioned
In an Old Fashioned or your favorite whiskey glass, measure the sugar cube/loose sugar and dash in the Angostura bitters.
Using a muddler, break down the sugar cube and combine it with the bitters, coating the sides of the glass as the sugar and bitters mix.
Place whiskey stones or a large ice cube, then pour the Toasted Pecan Whiskey over the cubes, swirling it to mix with the bitters and sugar mixture.
Enjoy immediately!

Notes
Please note that the total time does NOT include the 3-4 days where the pecans infuse in the whiskey.
The whiskey will produce 6 total cocktails. The Toasted Pecan Old Fashioned recipe is for one, though, so you can easily make more.
"Something's got to be done. We can't go on like this.
I must have some booze".