Another one indeed!
Top

What? Were you saying something? I can't hear you when you're not pouring.
like tears in rain
Top

That has to do with priorities, not a disorder.
Top

maybe they got diagnosed because of the short attention span induced by alcohol and drugs,, anyhow who cares, where's my pants?
road to hell is paved with unbought stuffed dogs.
"I AM TOO DRUNK TO TASTE THIS CHICKEN."
colonel sanders

i'm not saying i beat the devil, but i drank his beer for nothin'.... then i stole his song.
Top

short what, jeebus what was going on, i cant remember
Still just figuring it all out. Still not really figuring it out.
Top

What?
Ohhh, is that my drink? Fuck it! It is now...
"If I had all the money that I've spent on drink, I'd spend it on drink!"
"The trouble with internet quotes is that one can never be sure if they are genuine." - Abraham Lincoln
Kindly listen to this, please.
ドロンケン

As the saying goes, too long didn't read ;)
No I don't know about this HEY LOOK, A DOG WITH A PUFFY TAIL!!!, to quote one of the great thinkers of our time.
Top 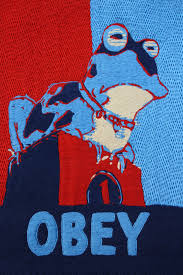 But how do you put the camel inside the chicken?
Top

well, at least they got pissed
mine's a pint
Top

What is this world coming to? Limiting drinking in Ireland for Christsakes??


From the Washington Times...

Put down your Guinness, lads.

A sobering new law that takes effect next week targets the center of Ireland's social life: its 10,000 pubs. Politicians are hoping the Intoxicating Liquor Act of 2003 will reduce heavy drinking, public drunkenness and underage drinking by limiting the number of pints that patrons may drink.
Justice Minister Michael McDowell signed an order to introduce the law yesterday.

Beginning Monday, happy hours and drink promotions will be banned.
The measure also will make it an offense to allow people younger than 18 in pubs after 9 p.m. and will move closing time on Thursdays to 11:30 p.m. from 12:30 a.m.

Irish President Mary McAleese has called her country's attitude toward
drinking "unhealthy" and "sinister." Per-capita alcohol consumption increased 49 percent in Ireland between 1989 and 2001, fueled by economic growth. During the period, consumption by people in 10 other European Union countries fell, while alcohol intake rose in three others.

By 2001, Health Minister Michael Martin said, alcohol consumption by the Irish was second only to that of Luxembourgers. "It is an issue which is becoming more urgent because the rate of alcohol consumption in Ireland is increasing at an alarming rate. With increased wealth in Ireland producing greater disposable incomes, more money is going on drink," Mr. Martin said in a speech in Dublin earlier this year.

The Irish government began an alcohol-awareness program in February 2001. The government says it has good reason to target Ireland's fondness for drink. Alcohol-related problems cost Ireland about $2.7 billion in costs for health care, crime, road accidents and lost productivity, Mr. Martin has said.

The law "demonstrates the determination of the government to urgently address the public-order and public-health worries arising from excessive alcohol consumption," Mr. McDowell said in a statement.

Public officials also believe the national drinking trend sends the wrong image, and they hope to change the country's reputation.
They hope that curbing drinking will help reduce rowdy behavior on streets and in bars.
"Whiskey and Beer are a man's worst enemies... but the man that runs away from his enemies is a coward!"
Top

Jesus wept. Talk about the "Nanny State."
"If I had all the money that I've spent on drink, I'd spend it on drink!"
"The trouble with internet quotes is that one can never be sure if they are genuine." - Abraham Lincoln
Kindly listen to this, please.
ドロンケン

More like fuckin booze nazis. They are trying to do something similar in Glasgow. The bastards :twisted:
beer, wine,voddie it don't get any better.
Top

More like fuckin booze nazis. They are trying to do something similar in Glasgow. The bastards :twisted:

What the fuck???
That's like forbidding prayer in Jerusalem!!!
Bastards!
"If I had all the money that I've spent on drink, I'd spend it on drink!"
"The trouble with internet quotes is that one can never be sure if they are genuine." - Abraham Lincoln
Kindly listen to this, please.
ドロンケン