"'Twas a woman drove me to drink. I never had the courtesy to thank her."

"I never drink anything stronger than gin before breakfast."

Asked why he never drank water: "Fish fuck in it."

When asked what he would like his epitaph to read: "on the whole, I'd rather be in Philadelphia"

(When asked whether he liked children) "Ah yes...boiled or fried."

(When "caught" reading a Bible) "Just looking for loopholes."

"Wouldn't it be terrible if I quoted some reliable statistics which prove that more people are driven insane through religious hysteria than by drinking alcohol?"

"I like, in an audience, the fellow who roars continuously at the troubles of the character I am portraying on the stage, but he probably has a mean streak in him and, if I needed ten dollars, he'd be the last person I'd call upon. I'd go first to the old lady and old gentleman back in Row S who keep wondering what there is to laugh at."

"Horse sense is the thing a horse has which keeps it from betting on people."

"Hey, who took the cork off my lunch?"

"If at first you don't succeed, try, try again. Then give up. No use being a damned fool about it."

"Once ... in the wilds of Afghanistan, I lost my corkscrew, and we were forced to live on nothing but food and water for days."

"What a gorgeous day. What effulgent sunshine. It was a day of this sort the McGillicuddy brothers murdered their mother with an axe."

"Hell, I never vote for anybody. I always vote against."

"Children should neither be seen nor heard from - ever again."

(looking back on his life) "You know, I'd like to see how I would've made out without liquor."

"I am free of all prejudices. I hate everyone equally."

"The only thing a lawyer won't question is the legitimacy of his mother."

"Start every day with a smile, and get it over with."

"I remember Shakespeare's words because he was a great writer. I can't remember Hollywood lines; just as I may well recall a wonderful meal at Delmonico's many years ago, but not the contents of the garbage pail last Tuesday at Joe's Fountain Grill."

"Women are like elephants. They are interesting to look at, but I wouldn't like to own one."

(on reading the Bible) I admit I scanned it once, searching for some movie plots... but found only a pack of wild lies.

A rich man is nothing but a poor man with money.

Marriage is better than leprosy, because it's easier to get rid of.

More people are driven insane through religious hysteria than by drinking alcohol.

There comes a time in the affairs of man when he must take the bull by the tail and face the situation.

"Back in my rummy days, I would tremble and shake for hours upon arising. It was the only exercise I got."

"I certainly do not drink all the time. I have to sleep you know."

"Say, Mr. Fields, I read in the paper where you consumed two quarts of liquor a day. What would your father think about that?"
"He'd think I was a sissy."
"Spiny norman wins on the bizzare terror stakes, if you haven't been stared at by a 40-foot hedgehog, you haven't lived." - Saltandgin

About the same as above, but a good source of W.C. Fields quotes....

http://www.louisville.edu/~kprayb01/WCQuote.html#A2
"Twas a woman who drove me to drink. I never had the courtesy to thank her."
W.C. Fields
Top 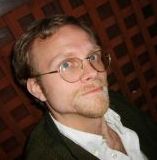 One more from Fields:

Inflation has gone up over a dollar a quart.
"Don't Try"
Top

Now don't say you can't swear off drinking; it's easy. I've done it a thousand times.

How well I remember my first encounter with The Devil's Brew. I happened to stumble across a case of bourbon--and went right on stumbling for several days thereafter.

Back in my rummy days, I would tremble and shake for hours upon arising. It was the only exercise I got.

Thou shalt not kill anything less than a fifth.

Thou shalt not covet thy neighbor's house unless they have a well-stocked bar.

Charlie McCarthy: "Say, Mr. Fields, I read in the paper where you consumed two quarts of liquor a day. What would your father think about that?" WC: "He'd think I was a sissy."

I exercise extreme self control. I never drink anything stronger than gin before breakfast.

I don't believe in dining on an empty stomach.

Everyone must believe in something. I believe I'll have another drink.

Say anything that you like about me except that I drink water.

Of course, now I touch nothing stronger than buttermilk: 90-proof buttermilk.

Some weasel took the cork out of my lunch.

I never drank anything stronger than beer before I was twelve.

I seldom took a drink on the set before 9 a.m.

Fields gave this rationale for not drinking water: "Fish fuck in it."

Fields, who never got falling-down drunk, explained why: "When you woo a wet goddess, there's no use falling at her feet."

Fields' retort from his dressing room after a director had shouted, "Camera reloading!" - "Fields reloading!"

After a Universal executive wondered aloud if Fields drank all the time, the enraged comedian retorted: "I certainly do not drink all the time. I have to sleep you know."

This also turned up in Never Give a Sucker an Even Break in this exchange: Flight attendant: "Should I get you a bromo?" WC: "No. I couldn't stand the noise."

Twas a woman who drove me to drink. I never had the courtesy to thank her.

I was in love with a beautiful blonde once. She drove me to drink; that's the one thing I'm indebted to her for.

"I take inordinate pride in my nose. Indeed, I have treatment done on it every day" At this point, Fields lifts a glass. "My daily treatment."

My illness is due to my doctor's insistence that I drink milk, a whitish fluid they force down helpless babies.

I like to keep a bottle of stimulant handy in case I see a snake, which I also keep handy.

It's a wonderful thing, the D.T.'s. You can travel the world in a couple of hours. You see some mighty funny and curious things that come in assorted colors.

During one of my treks through Afghanistan, we lost our corkscrew. We were compelled to live on food and water for several days. My Little Chickadee

Fields with a hangover: "The two-headed boy in the circus never had such a headache..."

Christmas at my house is always at least six or seven times more pleasant than anywhere else. We start drinking early. While everyone else is seeing only one Santa Claus, we'll be seeing six or seven." 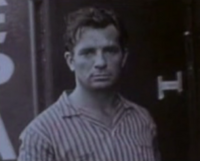 I always liked this one. It'd be cool.