Bono... what a boner. I'll bet be smells like old Irish farts, that pretentious twat. People like Stevie Ray Vaughn get killed in helicopter crashes, and yet somehow U2 is still walking around unscathed and making steaming pile of shit albums on par with Madonna.

U2 is proof that the universe is gravely unfair and that God is a petty bastard with a really fucked up sense of humor. And they suck.
ພາສາລາວNONE GENUINE WITHOUT MY SIGNATUREພາສາລາວ
Top 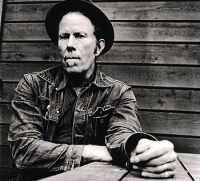 Wife is a big U2 fan, and we can agree to limit most of our U2 listening together to pre-Zooropa U2, Johnny Cash's contribution to that album notwithstanding.

"Pretentious twat" doesn't even begin to cover it...

However, that Paul Hewson chap can drink if half the stories are even half true.
Top

I wish Bono would find what he's looking for and shut the fuck up.

*Is richer than fuck
*Is a tax evader
*Is a partner in a firm that purchased Forbes Media for $250 million, and owns a 1.5% share of Facebook reportedly worth $1 billion
ພາສາລາວNONE GENUINE WITHOUT MY SIGNATUREພາສາລາວ
Top

And if that's not enough reason to seethingly detest Bono, he also owes a certain, stinkfingered Drunkard $50 for a bar tab from 1985. And he also cockblocked said Drunkard from putting the moves on Larry Bud Melman.

What a total dick!
ພາສາລາວNONE GENUINE WITHOUT MY SIGNATUREພາສາລາວ
Top

The second chapter in my book of reasons to hate Bono took place in about 1990.

I worked for a concert trade publication and regularly worked with Paul McGuinness, principal in the management organization representing U2.

Well, one afternoon, Paul called me up and asked me for a favor. I can't remember what it was, exactly, but he was asking for a report or something like that to be generated and faxed to him. And it was clear that he wanted it for free. And he told me that he'd make sure that I was on the list for passes to a U2 concert of my choice.

So told him that when the band would be at the Concord Pavilion in a few weeks, I'd drive up there to see the show.

Two weeks later, on a Friday after work, a buddy and I drove up there to see the show. But when we got to the Will Call window we were told that Bono personally asked that my tickets NOT be given to me. As it turns out, Bono routinely looks through the guest list to see who is expected at their concerts. The boxoffice manager told me that when Bono saw my name, he slammed his fist down and said "not that fucking fuck head fucker, he's probably just here to try to collect on a $50 loan from five years ago! Asong as I'm alave, and even after I'm dead, that asshole will NEVER see a cent from me. EVER!"
Give a man a fish and he eats for a day. Give a drunk man tortilla chips, Velveeta and a hair dryer and he has nachos.
Top

I hope your meatwad friends at Facebook/NSA are able to flag this communication and forward it to you personally, thereby letting you know what a royal hemorrhoid you are. If you were as truly as philanthropic as you purport, you will first pay off your outstanding bar tab debt, then perhaps set up some sort of generous slush- er, rather- trust fund for those of us in need of another drink. But no, Bono. You won't do that, will you? Why? You tell me, Bono. You tell me.
ພາສາລາວNONE GENUINE WITHOUT MY SIGNATUREພາສາລາວ
Top

The next chapter in my dealings with Bono came almost a decade later. It was December 31, 1999. New Years Eve. I decided to throw a party at my house and Invited about two dozen friends. Most everyone brought food and/or booze, and a few threw in some cash to cover the cost of a band that I hired.

As midnight grew close, the band played a dead-on rendition of U2's New Years Day. I would have forgotten all about this stupid, tiny detail if it wasn't for the letter I received on January 11, 2000. It was from BMI, one of the two biggest music licensing companies in the world.

The letter stated that the song New Years Day was used "for the purposes of commerce and/or commercial activity".

I had no idea what any of this meant. So I asked my buddy Brian Bradly, who is an Intellectual Property attorney, and who was present at my party.

Brian explained that this was "legal extortion". But what couldn't figure out was why BMI claimed that my party was a commercial venture. Also curious was how BMI knew anything about my party at all.

A week or two later, Brian told me that by accepting money from any of my guests, the party was a "business with the goal of profiting from the sale of tickets, or entry fee".

As it turns out, one of my frinds had brought a date, who used a video recorder to capture the highlights of the party. She then uploaded the video to a site called
shareyourworld.com, an early video hosting service that allowed users to upload clips or full videos in different file formats.

Additional research and investigation showed that the video of my party was tagged with my first and last name. Apparently, Bono found the video and thought he'd use BMI to slap me with a copyright infringement suit.

We fought it for over a year and a half and ended up winning by default when shareyourworld.com's owner, Chase Norlin closed the service in 2001 due to budget and bandwidth problems. It seems that since this type of video hosting site was so new, nobody thought to make a copy of the online evidence. So it dissapeared with the death of the site

Bono was really pissed off and began calling my house, trying to disguise his voice as he asked if my refrigerator was running and if Mike Cock was home.
Last edited by Dear Booze on Thu May 10, 2018 9:00 pm, edited 2 times in total.
Give a man a fish and he eats for a day. Give a drunk man tortilla chips, Velveeta and a hair dryer and he has nachos.
Top

So, is Stew there?

In 2004, Bono was at it again. On the California leg of a tour, the Irish bastard drove three hours out of his way to shit in a paper bag place it on my porch, light it on fire, ring my doorbell and run away.

My neighbor caught most of this little prank on his video surveillance equipment. We watched and clearly witnessed Bono park his black 2002 Kia Sedona with personalized licence plates that read "GOD" in front of the neighbor's house. He then pulled down his pants and took a shit into a used Taco Bell bag, wiped his ass with his hand, smoked a cigarette, and ccrept accross my driveway. Then, about 12 seconds later, he ran back to the car and sped away.

Funny thing about was that I wasn't even home at the time. But the burning shit bag did melt my welcome mat.
Last edited by Dear Booze on Thu May 10, 2018 9:06 pm, edited 3 times in total.
Give a man a fish and he eats for a day. Give a drunk man tortilla chips, Velveeta and a hair dryer and he has nachos.
Top

I purchased a new (to me) house in 2005. Great little 1,300 sf rambler on a nice old street. The house was built in the mid 1960s and many of the neighbors were original owners. I loved that place. But, somehow, Bono found out that I bought the place and he purchased the house next door. But he never moved in or rented it out. He simply parked a couple of old cars on the lawn, let the landscaping die, and played a continuous loop of Mexican Ranchero music through very loud speakers. I was told by his realtor that he bought the place for the sole purpose of running down the value of the rest of the neighborhood.
Give a man a fish and he eats for a day. Give a drunk man tortilla chips, Velveeta and a hair dryer and he has nachos.
Top

He pins his skidmarked tightey whiteys up on the laundry line next to Dear Booze's west wing bay window just to taunt him.
"Something's got to be done. We can't go on like this.
I must have some booze".

For some reason, when Bono quit smoking it made international news. He said he did it for his daughter.

But his daughter announced that while she and her dad were french kissing she could taste nicotine and immediately knew he was still secretly sneaking cigarettes.
Give a man a fish and he eats for a day. Give a drunk man tortilla chips, Velveeta and a hair dryer and he has nachos.
Top

It`s funny how you can follow Bono`s deteriorating erection problems through U2`s singles over the years: