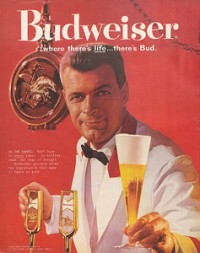 We had a burglary a couple weeks ago at The RoadHouse. It was after i locked up on a Sunday night. I went home and came back the next morning to find someone had taken a crow bar to the kitchen door. They stole my flat screen tv at the bar and some cash. I called the cops and they took a report and you know how that goes, if they hear something they will let you know. So, a week later a friend of mine's bar was broken into at night and the same thing, took cash and the tv. This time he was caught on their security camera. The detective in charge of the case is a friend of mine and he gave me the picture of the guy that did it. I posted it all over facebook and it wasn't long before several people called in the tip on the guy. Well, long story short, they picked him up last night. The guy is a drug dealer and local dirt bag from a nearby town. He was already on parole for a cocaine charge and will be going back to prison for 13 years to finish that sentence. This is also his third strike, so after he finishes the original sentence, he will probably be facing life for the burglary. It wasn't just my place and my friends place. The cops told me he had been burglarizing places all over for months. Businesses all over the area have been getting hit and we finally got him. I happen to know several friends of this guy too, even though i've never met him. I keep hearing, "well, he shouldn't do life for just a little cash and a tv." Yeah, well fuck that. He knew what he was facing and if his life means so little to him that he would take a chance at never having freedom again over my tv and cash, then that's on him, not me. So, to conclude. Bye bye, Fucker! Tell bubba i said hi!
Beer's just being social. Whiskey's drinkin'.
Top

And that's what you get for trying to rob my favourite bar in USA. I so wish he'd entered the place when Thirsty and I were trying to arrange a bed on the floor on a hot May evening, he would so have gotten boot number nine and the last thing he'd remember would be a mix of pain, a half stache and somebody telling him: "I am coming for you, Reeeeeeecky Booobby".
"I never want to go to bed if there are still beers in the fridge, but then I am always hopeful that there are beers left in there when I wake up.". Thirstydrunk.

Outstanding!
"Man i once bought $101 worth of insect candy because it was free shipping on orders over 100 bucks." -- ThirstyDrunk

Instant Karma's gonna get you, everytime...
"If I had all the money that I've spent on drink, I'd spend it on drink!"
"The trouble with internet quotes is that one can never be sure if they are genuine." - Abraham Lincoln
Kindly listen to this, please.
ドロンケン

fuck. some guy who'd break into a bar, steal a television, an dsome cash...an dleave the liquor?

hope all is well.

that woulh ahve been funny if dr. le doom and thirsty mcmofo had been there. hehe.
Stupid should hurt. 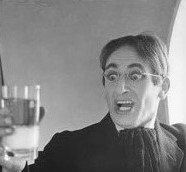 Mr Boozificator wrote:And that's what you get for trying to rob my favourite bar in USA. I so wish he'd entered the place when Thirsty and I were trying to arrange a bed on the floor on a hot May evening, he would so have gotten boot number nine and the last thing he'd remember would be a mix of pain, a half stache and somebody telling him: "I am coming for you, Reeeeeeecky Booobby".

That is the first thing I thought. Let them try to take anything from the Roadhouse while it is inhabited with drunkards.


that woulh ahve been funny if dr. le doom and thirsty mcmofo had been there. hehe

Ahahah hehehe
Like a desperate thirst in a raging drought
Top

Good on ya, were you able to exaggerate a little to get your proper insurance money? Haven't seen you around these parts lately spook.
Bourbon is my blood.

The Karma train finally made a stop in the right place. Best of luck on the rest of your life, er, prison sentence,douchebag.
Blue here's to hoping all is well for your little piece of paradise. This should keep the riff raff at bay at least for a little while.
Now you're ready for some anti-dry-otics!-BeerMakesMeSmarter

being from a country where people only get +/- 15 years for murder I say good reddens!
“Anything you say will be twisted around and held against you in a court of law”
Top
Post Reply
9 posts • Page 1 of 1