Barca wrote: I think I spent five minutes looking for a "Like" button. 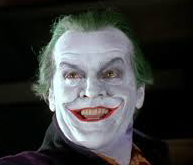 Some sort of offensiveness might lead to others calling police officers.
Polite mode will leave them bamboozled.
Shut up and listen. Do. Not. Argue. In any way.
Just go and call it a day.
"What doesn't kill you makes you ... stranger."
Top

Straightening your ass up for the cops is the best thing you can do with your life. Those poor guys put up with a lot of shit, and I get the feeling they appreciate it. Story time!

I was 17 years old, and finally just now learning the ropes of drinking. Nothing really interesting before this, I'd have a beer or two with my dad, drink some at band gigs since the bar would serve me, because clearly musicians are over 21 (I was smart and got in a band with guys that were pushing 30 and had done a LOT of time on the local band circuit), would drink a fourth of a fifth of vodka and act drunk with my friends, the usual weak shit. So my buddy invites me to his place for a party. He's 20 years old and home from college. SCORE! I get there, and there's only 6 people. Oh well, disappointing, sure, but whatever. We played flipcup. We played beerpong (Which I had learned with my dad at a neighbor's house that year), blahblahblah. It was Bud Lite. I had 8 beers (Whoaaaa dudeeee that's a lott mannnnnnn), and myself and one other smoker decided to go out for a walk and have cigarettes.

We walked for literally a block and a half smoking. Then suddenly, there's a light shining on us, and I say "Dude, we're kind of in the middle of the street, this person wants us to get off to the side". So as we're doing that, I turn around. It's a spotlight. fuckfuckfuck. Cop gets out, and first thing he says is "How much have you boys been drinking?". It kicked in, and I realized what this thread is about, despite being an edgy cunt high schooler at the time. "Yes, sir, I've had a few." He goes through the motions of getting our ID's, and really stares and sizes me up when he sees mine compared to my 19 year old buddy's I'm walking with. Then he says "Ok, boys, put your hands on the hood." I'm panicking, but the alcohol is keeping my nerves from going through the roof, and I comply. Asks if I have anything dangerous in my pocket, mention my pocket knife, and he frisks us both down thoroughly. "Alright, I'm going to drive you two back to your host's house. Where did he live again?" We tell him. "Yea, just don't be going out walking around at night like this anymore. There have been a lot of car jumpers in the area and everybody's on edge seeing two kids walking around drunk. Hop in." We get in the back seat of the cruiser, and he drives us back to the party, and right then, another cop car pulls up. "Weird" I think. "Wait here."

The officer gets out and the other officer also does. They both walk up to the door together. Five or ten minutes later he comes back to us, and sends us inside. The buzz in the room has been killed. People are setting up shop to sleep. The host says "God dammit you assholes!" and proceeds to explain that he had to "smooth talk" his way out of a ticket, and that "It's a DAMNED good thing I'm such a charming guy! Now get to bed"

And that's how I learned to be cool and compliant with cops, in my first ever run-in with the law.
"I'd rather have a bottle in front of me than a frontal lobotomy" -Tom Waits
Top
Post Reply
18 posts