In the beginning, the great creator P'chaaah (P'cha, P'chaw) rose rather lethargically and a bit hung over from his celestial bed and said: "I'm bored. I should really do something. P'chaaah."

First he rather indifferently created the sky and the land, and some things that went running around eating and pooping like cavemen* and dinosaurs. But the great P'chaaah was not satisfied. After taking a colossal piss which resulted in the oceans, P'chaaah then shared his love of drinking and smoking with the common homo sapiens, and dann if it wasn't good.

But then the P'Chaaah fucked up royally and created Keanu Reeves films which all suck with the possible exception of the first Matrix movie.

He said, "P'chaaah! What have I done? Fuck this, I'm getting stoned and going to the bar."

Thus it falls upon the divinely ambivalent shoulders of the true believers, the Church of P'chaah, to carry on with the drinking, smoking and religious tax exemptions of the holy Cha P'Chaah Cha. May it guard against the blasphemous influences of the adversary Keanu Reeves, that we might sit around church getting wasted and watching something else ordering holy pizzas, forever and ever, P'chaaah.

*Yes, I'm talking about you, Oettinger.
ພາສາລາວNONE GENUINE WITHOUT MY SIGNATUREພາສາລາວ
Top

I understand that service includes a Totino's injected with hot sauce and a chug from the chalice?

I really dig the altar dancers with the pastry pasties, by the way. But what is that eery music in the back ground?

P'chaahian I might ascribe to become, young Luke. I heard that the Pushaw Stream originated from Pushaw Lake, which originated from His Mighty Gaseousness Himself, as he drööled from his setee onto his pillow röll...

Down with the Dark One of the Scheming On A Park Bench!

Up with the Bottle Bottoms!
Top

I'll stick with Bacchus. No one likes a made up religion.
Now you're ready for some anti-dry-otics!-BeerMakesMeSmarter

I believe it is House of Pizza?

I always wondered what you do during the week when I don`t post to keep your head in check.
Interesting to say the least, very interesting
P`Chaah
If water was so healthy, why do you die when you drown in it? 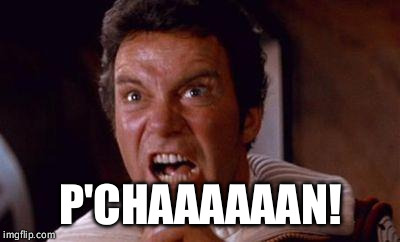 The Tales of the Golden Monkey.
ພາສາລາວNONE GENUINE WITHOUT MY SIGNATUREພາສາລາວ
Top

Wonder if the potus, I mean, p'chuuus, will release a golden shower monkey?
Top

The Church of P'chaah for those of you drunkards that are not privy is basically most triumphant things we learned from Keanu Reeves. P'Chaah!

Is Keanu wearing a hairpiece? That doesn`t look real
If water was so healthy, why do you die when you drown in it? 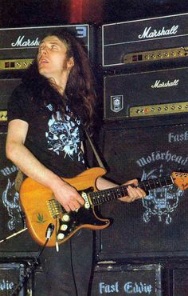 Looks like a terrible wig to me. Or maybe he's just exceptionally strange looking in that shot.

Keanu is no Jeff Spicoli, that's for p'shaaaw.


You all seem to be missing the point: Keanu Reeves is the emu haired anti-anti-anti-anti-anti-anti-anti-P'Chaah. I created this bullshit religion, and let me just say that the Great P'Chaah is, like, totally and most displeased with your bogus renderings of the faith. Amen.
ພາສາລາວNONE GENUINE WITHOUT MY SIGNATUREພາສາລາວ
Top
Post Reply
20 posts