They should have just changed their name to Jefferson Suckfest. Why can't they get into a mid air collision with U2?

I'll tell you why. Because Oett back in the day already wished for a previous U2 plane collision.


oettinger wrote: ↑
Fri May 13, 2016 9:51 am
I loathe that stupid band.
If I somehow needed proof for god it would be U2`s and Bon Jovi`s private jets colliding mid air over the arctic ocean.

I think that is what he was alluding to hun
Drink! 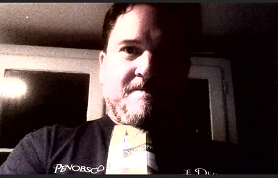 Would be funny if they did the same with Adolf:

Ladies and gentlemen the Hitler five!

Some Tripple A rating band for your pleasure only: Rudolph, Gandolph, Lundgrendolph, Pervdolph and little Adolph

I keep coming back to laugh me arse off at this

Did you just call your wife a Hun? As in Atilla?

Yes, krauterbritches, that's what I was alluding. Also, Jefferson Stinkship and U2 are both flying vessels which would make a mid air collision even more comical in its irony. Shot down by machine guns from zee Led Zeppelin, perhaps.
ພາສາລາວNONE GENUINE WITHOUT MY SIGNATUREພາສາລາວ

It`s what the bitch calls me so...
Drink!

Madame Wing will now sing Back In Black by supergroup AC/DC. Enjoy.
ພາສາລາວNONE GENUINE WITHOUT MY SIGNATUREພາສາລາວ

That was beautiful, man.
Widdew one Wing done fwew the coop.

She not die, no. Happy fun time retirement and boucoup bucks. But she leave big regeracy. She missed by many now.
Top

I was watching this "Disco Deluxe" music video set in the wee hours and it was pretty trippy some of the songs that were blended together...Doors...Nirvana...Bee Gees

Phil Collins vs. Culture Club
Is that really all?
Okole maluna!

That was actually quite enjoyable for this thread! It made both songs better, didn't it?

Here's an 80's song from a group that I once heard play in the second floor of a movie theater in the heart of Fuckno in them 80's. The band Fishbone played punk Ska and the floor began to quiver from all of the people dancing/moshing.

This (When Problems Arise) song isn't all that catchy, but they had their thing going on then, and here it is simply due to the south Pacific Islanders reference in the white background video production (Think: Bobby for his song "Every Little Step" and you get the intention of the composition) so there's that.

However, those dudes had some catchy songs that later followed.
Here's one form a really good 1993 album: a song named "Servitude" for your man to rock out on:

And here's one from the same album, more summery and enjoyable, for you, young Lady: Unyielding Conditioning. You see, they always take every opportunity to say something about shit, but in a catchy way. Not a hammah to the head like U2

L. Ron Bubbard wrote:And I give you all
this fuckfest of the ears.

NIce find: Obscure, and heavy with the synths.

Reciprocation: I get messages form the stars. Rah Band
Top

NIce find: Obscure, and heavy with the synths.

Reciprocation: I get messages form the stars. Rah Band

That sounds like the sountrack to the first computers ever build.
You got this on hard-disc with some miscellaneous Star Treck Next Pornoration pics for trade?
Drink!

Here's a very disturbing clip from Nausea's day job as a dance instructor for mentally challenged boy bands and Abba impersonators.
ພາສາລາວNONE GENUINE WITHOUT MY SIGNATUREພາສາລາວ