*edit: Andre`s, not yours
Drinking heavily is a basic instinct

Picked up dinner and drinks from the liquor store. Dinner - Slim Jim meat stick and a bag of Doritos. Drinks - two six-packs of Hamm's and a half pint of Ancient Age. The Hamm's are 16 ounce cans, not the standard-issue 12 ounce cans from most beer brewers. It costs the same as a six-pack of Budweiser, but bigger cans.

Do you people purchase movies from on-line places (Amazon, Netflix, so on) and store them on your computer? I have a few movies I've bought from Amazon that I like to re-watch. One of them is a movie called Finding Forrester. It's about a reclusive writer who no longer publishes any work after he had a highly-regarded novel many years ago. (Sort of like JD Salinger and his novel Catcher in the Rye.) He lives in a New York City apartment and is discovered by a young guy who lives in the neighborhood, but the writer swears the young guy to secrecy in exchange for mentoring. At one point in the movie, during the "blow up" scene (do all movies have a blow-up scene? I think they do), the kid screams at the writer, "Why do you write all this stuff anyway just to let it sit in filing cabinets unread?" It was one of the things in the movie that make it unbelievable - really, nobody would write a bunch of stuff just to let it sit unread by anybody. And then recently, I realized that's exactly what I'm doing, I have hundreds, if not thousands by now, poems and stories that I just write and jam into manila folders and forget them. I started submitting some of the shit a couple of years ago, but I still have tons of shit still just sitting in those fucking folders. I just don't like doing it, because it's too much like work. By work, I mean rewriting and submitting. I hate doing it. But this weekend I vowed to get off my ass and rewrite and submit like a motherfucker. As it stands right now, I've got 30 poems and 1 story out on submission. But how many poems and stories am I "required" to have out on submission? I don't know. But tonight, the last night of my three-day weekend, I've decided I've done enough "work." I just want to go back to drinking and writing. The fun stuff. Maybe if I had a mentor like that Foresster character, he would slap me on the back of my head and tell me to get to work. But it's just too unpleasant. I've had all I can stand for now.

Hey, that Slim Jim and Doritos don't do much to block the absorption of the Hamm's. I've only made it halfway through beer number two and I've already got a buzz. Malnutrition and drunkenness are my middle name.

BTW, those movies aren't stored on my computer, they are on the Amazon site so that I can see them even on someone else's computer if I just log into my account. A big improvement over a shelf of dust-gathering DVD's. I think you can do the same on YouTube, too.

Where the fook are you guys? Are you all Skyping again?
Top

BTW, that character I mentioned, Forrester, would have been the ultimate solo drinker. He never left his apartment for ANYTHING. He had his literary agent bring him his groceries, clothes, etc. He would drink himself into a stupor with hard liquor while the city outside hustled and bustled. He didn't need them, he didn't want them.
Top

The search function implies that Bluto and I are the only assholes on this site that drink Ancient Age.
Top

Already in to the second six pack of Hamm's and making a lot of progress on the Ancient Age as well. That's the thing about these benders - by day three your alcohol tolerance is so high there's no such thing as an amount of booze that can knock you out. It's 1 AM and I'm still pacing around, talking to myself as if it were the beginning of the night. Hell, this ain't even a "bender," I spent the mornings undrunk and working. I even showered and shampooed today. I get too much sleep and food to enjoy my booze.
Top 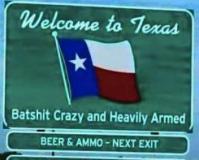 Hugh wrote: ↑
Sun Feb 16, 2020 10:48 pm
The search function implies that Bluto and I are the only assholes on this site that drink Ancient Age.

I've never even heard of it. Same thing with Kessler. I guess I'll have to look for it next time I'm at the liquor store.
Top


This is me a lot of the time and I despise it!
"Something's got to be done. We can't go on like this.
I must have some booze".


This is me a lot of the time and I despise it!

Yes sometimes we buy amazon movies, but mostly try to find good stuff that is for free and fail most often
Drinking heavily is a basic instinct

Do you guys have Amazon Prime in Germany? In USA you pay a yearly fee and you get free shipping on most of the stuff you order, and you also get to watch some movies and television shows for free. Back when I first signed up for Amazon Prime, it was $99 per year, now it's up to $129 per year. I knew when I signed up that they would raise their price, and I told myself I would quit when it got too high. But when I go back over my orders at Amazon and try to see how much the shipping charges would have been, it is still worth it, especially when you consider all the free stuff that comes with it. They could probably double the charge and I would still keep it.
Top

It comes in a wooden box, mostly with an uninvited cane-spider treat,
subtitles come in a seperate letter

Pouring the Kessler early, 3:30 in the afternoon. Neat, of course. I don't know when I want to go back to my favorite bar again. Should I wait a month? Two? Why not never? There's just too many good people there to never go back. No matter how many dumb asses, Lonely Old Men, know-it-alls, the good people there make it worth while. They're happy to see me, and I'm happy to see them. If I could just cut myself off on time and go home, everything would be fine. But it seems like lately I'm always ending up in jail or behind a Dumpster.
Top

Move your gay ass on skype then, no prison bars nor burger king leftovers
Drinking heavily is a basic instinct

speaking of which, sorry about last night, my brother called and I got roped into a conversation with him. When we were done, and I was done rambling to him, I passed out. Totally forgot to hit back.

I'm just now getting over the hangover...
"I feel sorry for people who don’t drink or do drugs. Because someday they’re going to be in a hospital bed, dying, and they won’t know why." - Redd Foxx
Top

If I ever had something important to say I`d try to wrap it in a poem. I suck at writing poems though
Drinking heavily is a basic instinct