"The Tender Bar" by J.R. Moeringer. Excellent story, very well written. Please do yourself a favor and read it.

So let's get this rolling again. My suggestions are "Ask the Dust" by John Fante or "Sweet Thursday" by John Steinbeck.
Top

It will take more research before I'm certain, but I suspect that John Fante is ipecac for my soul.
"Beginner's luck is only possible if you try."

haven't read the tender bar. but ask the dust and sweet thursday are great! i believe sweet thursday is sort of a follow up to cannery row, another great wine soaked steinbeck classic. fante has another one too called brotherhood of the grape, and one called dago red i believe. good stuff!
http://www.flowerhorsepress.wordpress.com
Top

Cannery Row is a great book. Tortilla Flat is another great wine soaked story as well and probably my favorite as far as Steinbeck goes.
Top

YES!!! I LOVE THE BOOK CLUB!! I'll get the book as soon as i can.
The greatest trick the Devil ever pulled was convincing the world he didn't exist.
GFYCMD- Go Fuck Yourself, Captain Mike Davis.
Top

i know the problems we have all had with these assholes, and if you read the book, tucker max is the biggest of em all, but its a damn entertaining drunk read.

http://beerinhell.tuckermax.com/
You see in this world there are two kinds of people, my friend. Those with loaded guns, and those who dig. You dig.
Top 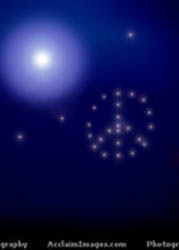 I thought I've read every Steinbeck book/story there was . . . somehow I've missed Sweet Thursday. I'll have to look for that one online (since the rinky dink libraries around here don't have that one).

I second Hangover's suggestions of Tortilla Flat and Cannery Row, for those who haven't read them yet. Two of my faves. (and stories that are easily appreciated by drunks.)
I'm not so think as you drunk I am.

recently I've reread Call of the Wild by Jack London. Last book of his I read was his John Barleycorn autobiography. Great, manly, drunken man. Next book is O'Brien's Leaving Las Vegas, which, unbelievably, my university has the movie, screenplay, but NOT the novel.
I lost 10 quick pounds on the "bologna and applesauce" diet!
Ask how you can too!
Top

ruiner wrote:i know the problems we have all had with these assholes, and if you read the book, tucker max is the biggest of em all, but its a damn entertaining drunk read.

I have that book, my friend has it right now and he texts me random quotes from the book. Also some good reading that has liberal amounts of drinking is the James Bond series by Ian Fleming, especially "Casino Royale", he tells the bartender how to make his martini.
Top

It's on order. Thank you.
If you can't be a good example, then you'll just have to be a horrible warning.
- Catherine Aird
Top
Post Reply
10 posts • Page 1 of 1